Age is not a disease – Kali’s story

Kali, a 15 year old Australian cattle dog, was drinking and peeing more than usual. These are very vague signs, and thankfully her owner acted on them. Then Kali had vomiting and diarrhea. 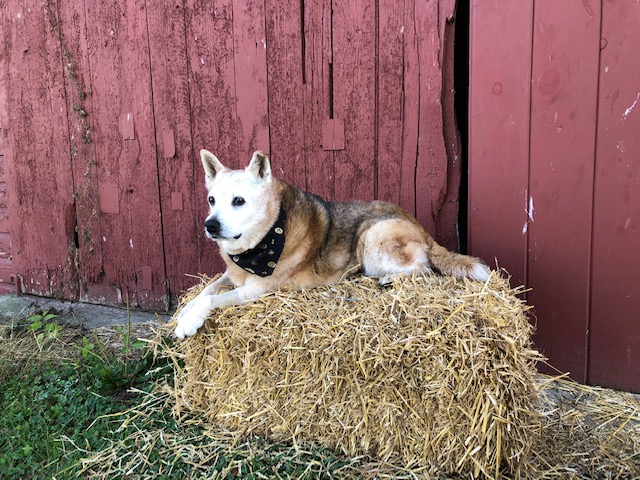 Since these signs can be seen in multiple conditions, Kali had a physical exam. Blood work showed high liver numbers, so she had X-rays, which showed a liver mass. 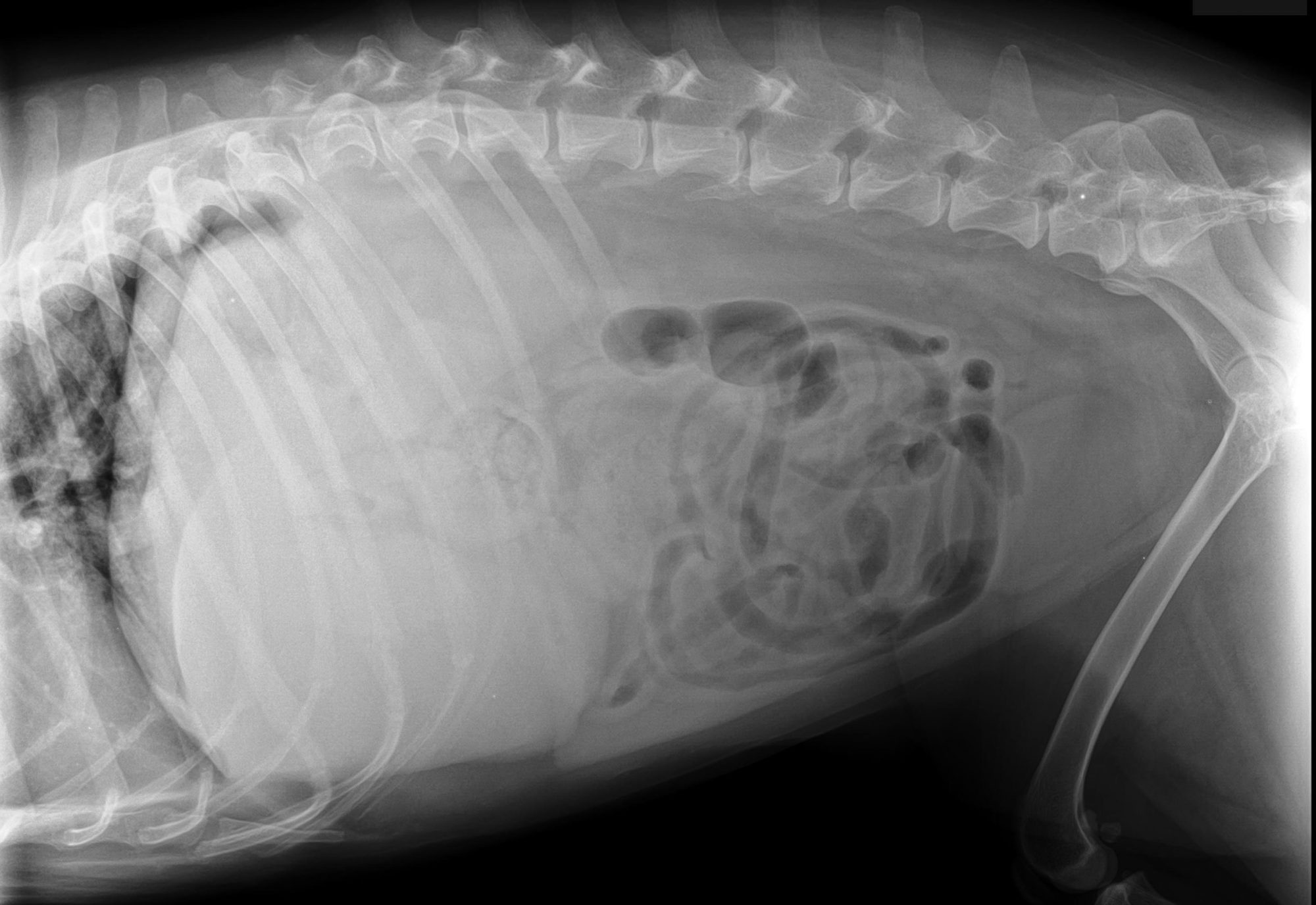 An ultrasound revealed that the mass was the size of a pear.

Statistics tell us that most liver masses are cancerous. Kali’s owner didn’t know what to do. “Friends and family” told her that it was not reasonable to do surgery on an ancient dog with cancer.

Yet amazingly, this loving pet owner decided to give her 15 year old dog a chance. She chose to have the liver mass removed at Harmony Animal Hospital in NJ.

Kali was given IV fluids. Pain medications and anesthesia drugs were chosen to minimize the impact on her liver.

BEWARE, the next picture is graphic. You have been warned!!!

In surgery, the mass turned out to be much larger than anticipated. Instead of being the size of a pear, it was the size of a cantaloupe! 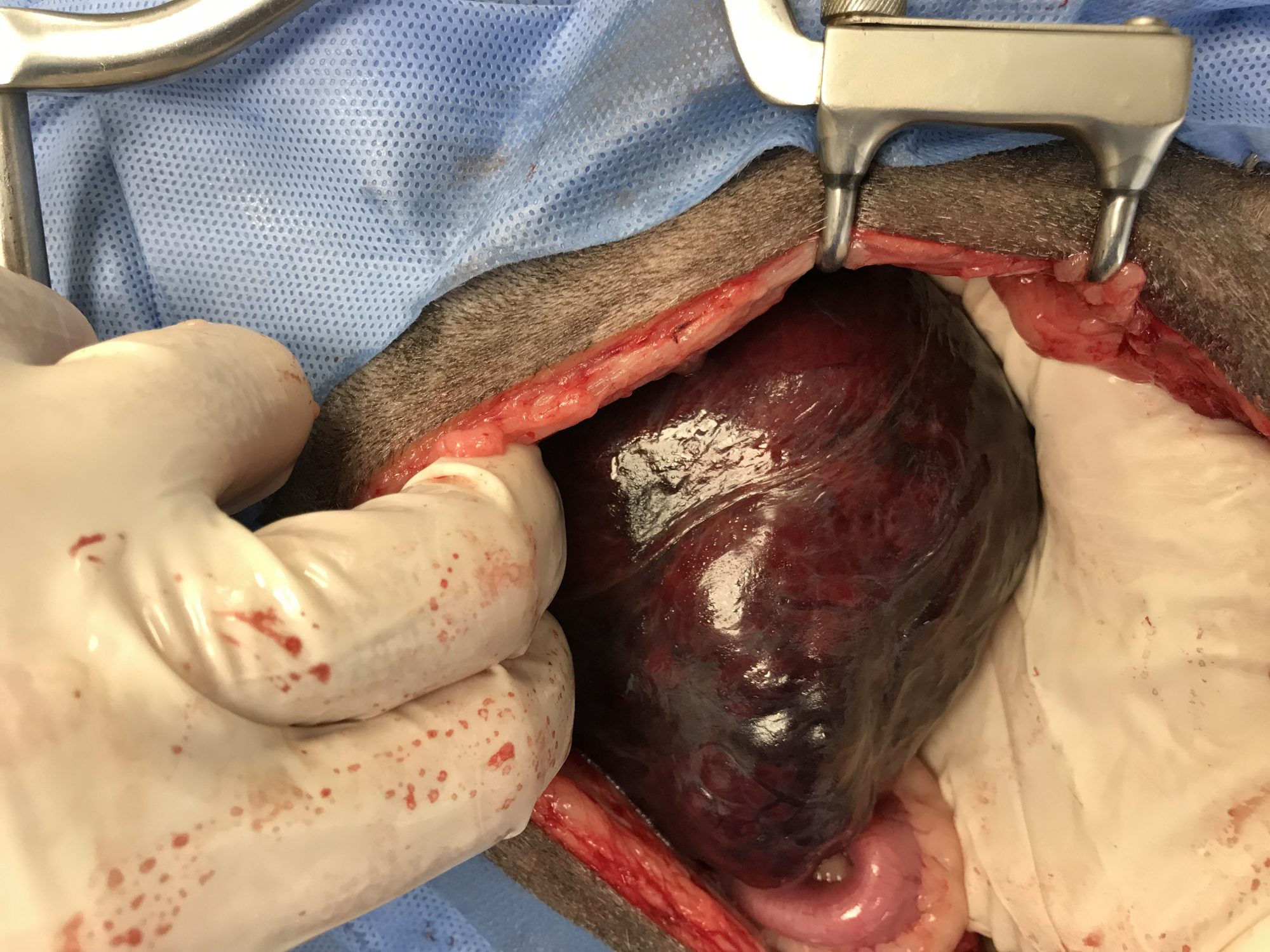 Because the risk was much higher than anticipated, I decided to call Kali’s owner in the middle of surgery to brainstorm and to make a decision together. Removing a mass this large greatly increased the risk of bleeding.

Of course, leaving a mass this large had its own risks. Left alone, the mass would continue to grow and would likely rupture, which would lead to internal bleeding. After careful consideration, the owner decided to continue with surgery.

So we finished the surgery, which was not exactly an easy task… We did have some significant bleeding. But overall surgery went well.

Here is the mass postop. The coin next to it is an American quarter… (a bit under 1 inch or 2.5 cm in diameter). 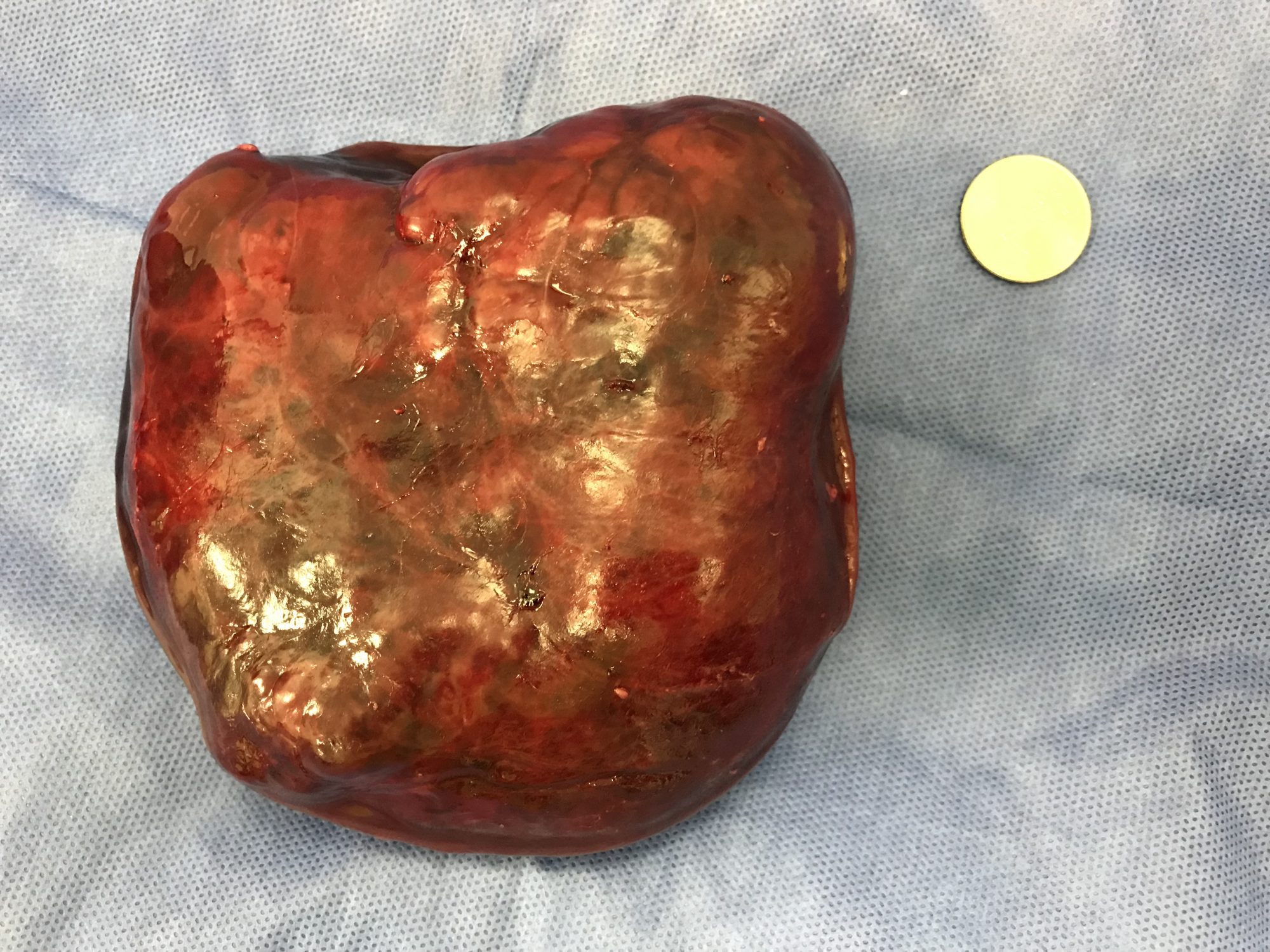 I stopped by the clinic the next day. Kali looked pretty good. 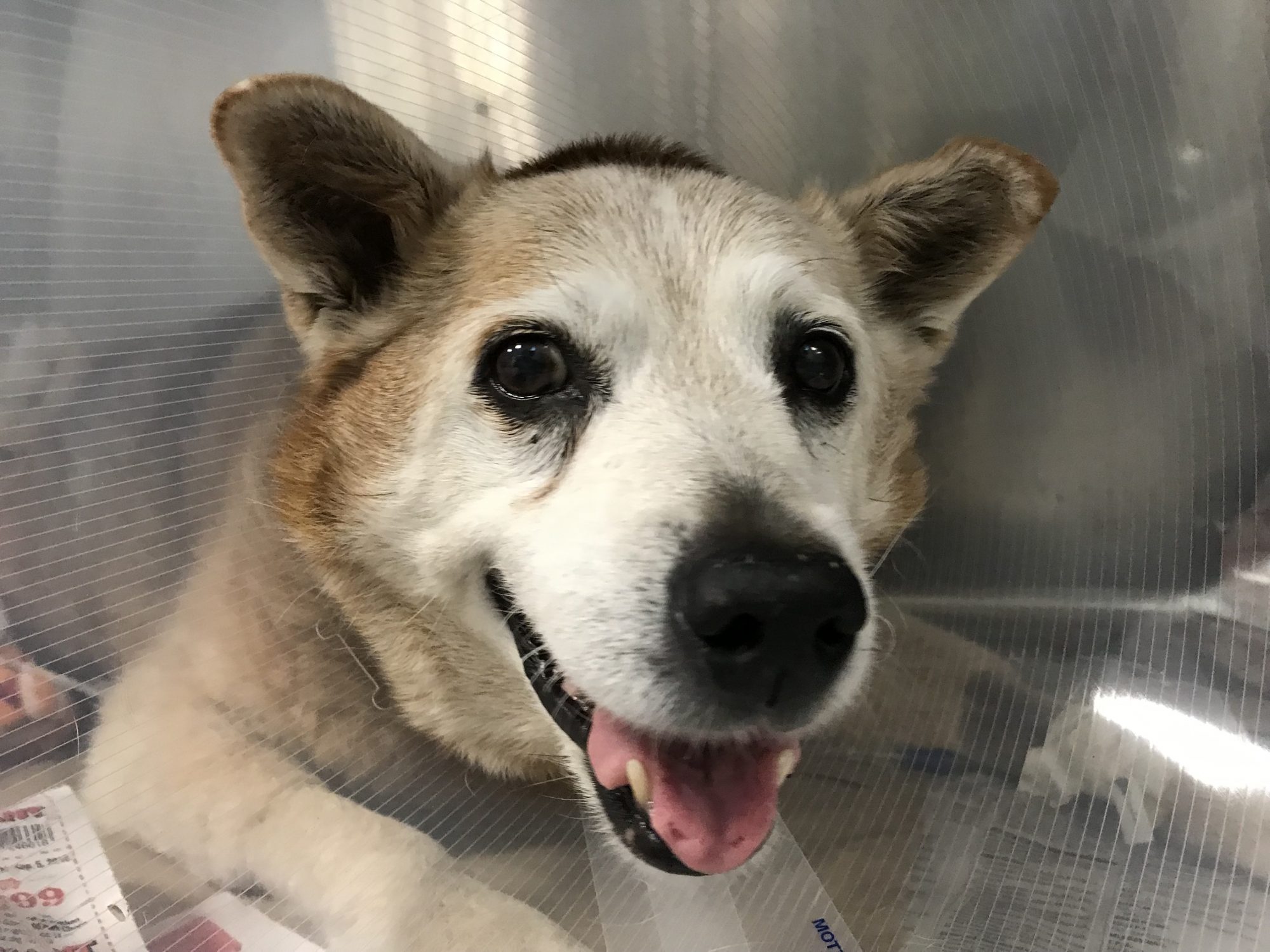 Two days later, Kali was bright and alert. She was ready to go home to heal and rest.

A week later, the biopsy results came back as… benign! Unbelievably, this enormous mass, that everybody was convinced was cancer, turned out to be a benign tumor (hepatocellular adenoma).

Twelve days after surgery, the update was very positive: “She is doing wonderful! Feeling a lot better, more like herself. She has a good appetite and good energy.”

One month later, her owner said that she “couldn’t be happier. Kali is doing phenomenal. She’s happy and back to her old self.”

And the best part: “Choosing to do surgery in spite of the odds and in spite of her age was totally worth it.”

Then something unusual happened at home:

“We recently found her on the couch sleeping upside down… and it dawned on us that it has been almost a year or so since she stopped jumping on furniture. We thought it was because of her arthritis in her elbows… but now we believe the tumor was making her uncomfortable to jump and lay on her back.” 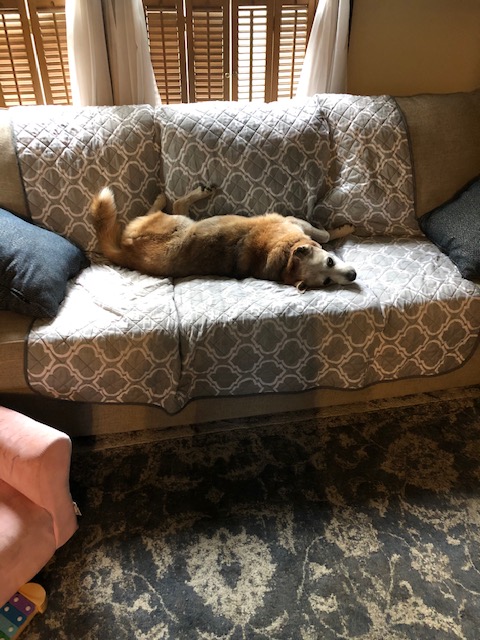 So what’s the morale of this story?

. Just because your pet is old, doesn’t mean that you should give up.

. Don’t (always) listen to friends and family. They have good intentions, but ultimately you should make a decision you are comfortable with. You have to live with your decision. They don’t.

. Never assume. Just because everybody “knows” a mass is cancer, doesn’t mean that anybody is right. The only test I trust is a biopsy read by a board-certified pathologist.

. As I have said many times before, “Age is not a disease.”