Initially, he was coughing from time to time. Then the coughing became more frequent. His owner took him in to see his family vet. Chest X-rays revealed a shocking finding. Nino had a mass in his left lung. Statistically speaking, this was very likely to be cancer.

The X-rays above show the heart and the mass (with a broken line around it to show it better).

Nino’s owner says: “We were in disbelief and shock. He has always been a very active dog.”

The vet recommended an ultrasound of the chest to collect more information regarding the mass. According to the ultrasound, it measured about 8 by 9 cm (3 by 4 inches), so roughly about the size of your fist.

The client continues: “We immediately left in search of a surgeon’s opinion as we knew this would be a dangerous and heavy procedure.”

“By searching for recommended pet surgeons in Pennsylvania, we found your name and website, along with previous stories and reviews.”

Nino’s owner reached out to me to discuss surgery (lung lobectomy). Could this mass be removed?

Nino’s owner said: “After several consultations with you, we were hopeful but never more terrified. The level of risk explained was almost too much to handle for any loving pet parent. There was no choice other than to perform the surgery. You get a small sense of hope when you know you’re doing the only thing possible to help him. But the doom and gloom prevail. We dreaded the surgery date until it finally came.”

We worked quickly to get Nino’s surgery on our schedule.

Once we got into surgery, there was one tiny little problem: the mass was much larger than the ultrasound suggested!

It was about 15 cm (or 6 inches) in diameter, or about the size of a large grapefruit!

REMINDER: THE FOLLOWING PICTURES ARE NOT FOR THE FAINT OF HEART.

Nino’s owner and I had made a deal before surgery. If anything was different from what we thought, or if the risk was higher than expected, I would call him to brainstorm.

Of course, I kept my promise. We talked in the middle of the open-chest surgery to discuss my findings. I said I was 90% sure I could remove the mass safely. The owner was committed to doing what was best for Nino, so he gave the OK to continue on with surgery.

We went back to surgery. I will spare my sensitive readers of the details of the surgery, obviously it was somewhat delicate…

Meanwhile, the emotional roller coaster goes on: “Once we got your call that we could have a successful outcome with a 90% “belief,” we were extremely excited. A huge weight felt like it was lifted, even though the hard work hadn’t started yet. We continued to do nothing but pray and try to be positive through what will always be one the worst times of our lives yet.”

In order to remove the entire mass, it appeared that we would have to sacrifice the entire left lung, not just the one lobe as planned (removing a whole lung is called a pneumonectomy). In the end, the tumor was removed – safely. Pfew! Mission accomplished.

(Quick crash course in anatomy if this makes no sense. We have 2 lungs, left and right. Each one is made of several parts or “lung lobes”. So instead of removing just the lobe with the mass, we removed all lobes on the left, i.e. the entire left lung. The right lung of course stayed in place.)

FINAL WARNING: THE NEXT PICTURE IS VERY GRAPHIC !!!

Once the left lung was removed, we needed a way to remove air and fluid from that side of the chest. This is done with a device called a chest tube. It usually only stays in place for a few days after surgery, and can be removed once there is no more air and not too much fluid left.

That’s when I called the owner again to confirm that surgery was over and Nino was safe – for now.

He later commented: “The news that the mass was removed and he was in recovery was simply a miracle. Nothing else compares to that feeling. Never been more thankful in my life.”

Nino was transferred to the local emergency clinic for overnight care, so the nurses could monitor Nino’s comfort and breathing, and take care of the chest tube.

Nino did so well overnight, that the chest tube was removed the very next day. He was discharged shortly after that. He recovered uneventfully at home.

The next day, his owner sent this amazing update: “He’s been resting and taking all medications without issue. We’ve had no whining/crying at all, and his appetite is great.”

In addition: “Nino has not coughed once. He hasn’t moved much either, but he used to cough just sitting there. So that’s great!

We love having him back home. Nothing is better. And we were so glad to get him back sooner than expected.

His breathing also seems to be much smoother and normal paced.”

About a week later, the biopsy results came back and confirmed the suspicion of lung cancer (pulmonary carcinoma).

Two weeks after surgery, another great update: “Nino is still doing great. He is eating, drinking and relieving himself regularly with no issue. (…)

He has more energy and strength than expected, so our biggest battle lately is keeping him from running or playing.

His breathing seems to be slower and more controlled than it was before his surgery and he seems more comfortable in general. We have had a couple random coughs but nothing alarming.”

In case you’re wondering: dogs, like people, can live with only one lung. Nino may not be able to run a marathon, but this amazing 11 year old trooper should be able to live a happy, comfortable life as a family pet.

As of this writing, it’s been over 2 months since surgery and the patient is doing well.

Nino’s super dedicated owner concludes: “Thanks to you and your team, we have a second shot at life. This has been a nightmare since our first visit with our vet. I had never been so scared of something and so scared of trusting anyone. You and your team saved our dog’s life. There has been no greater moment in our lives.” 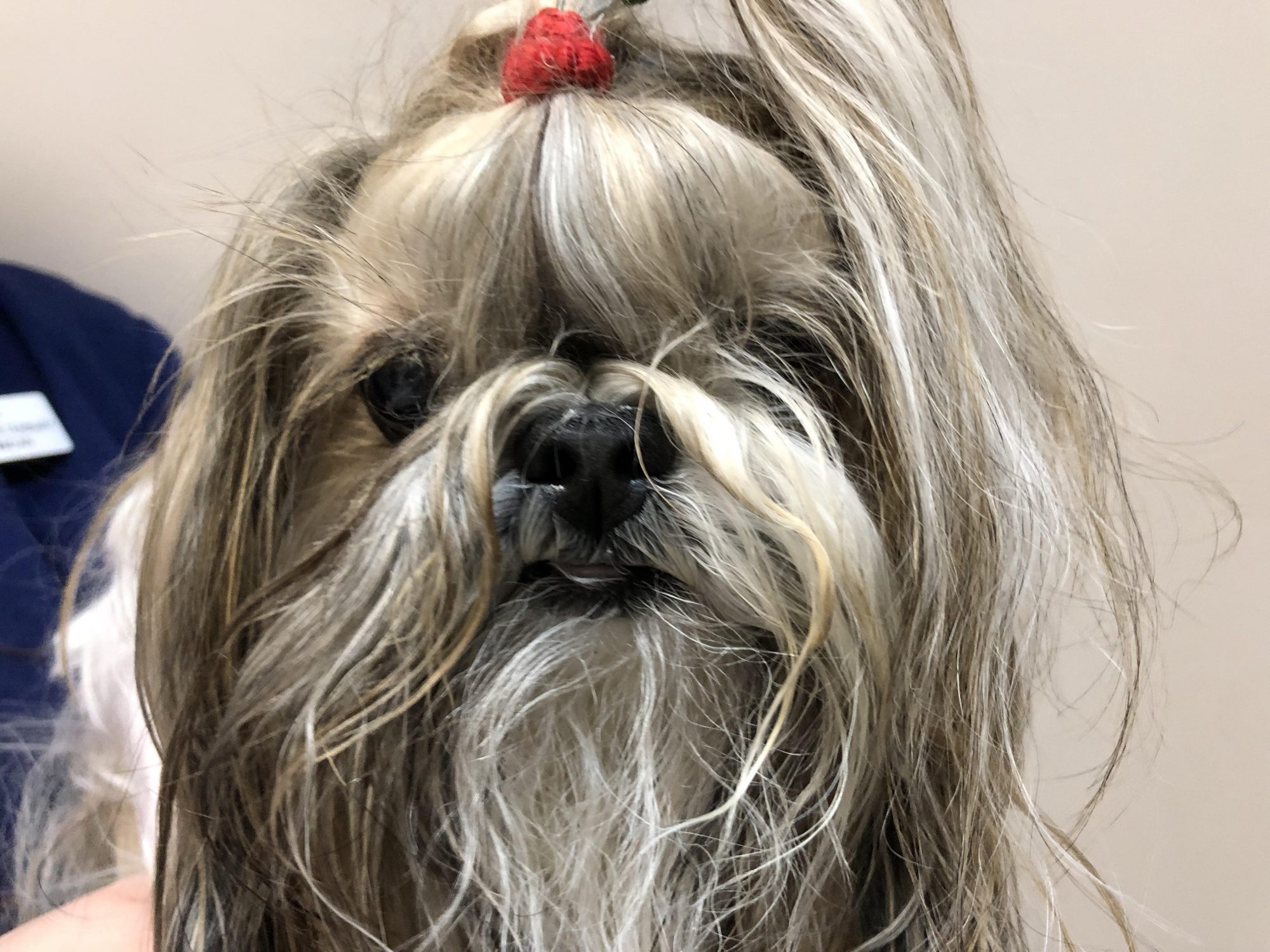 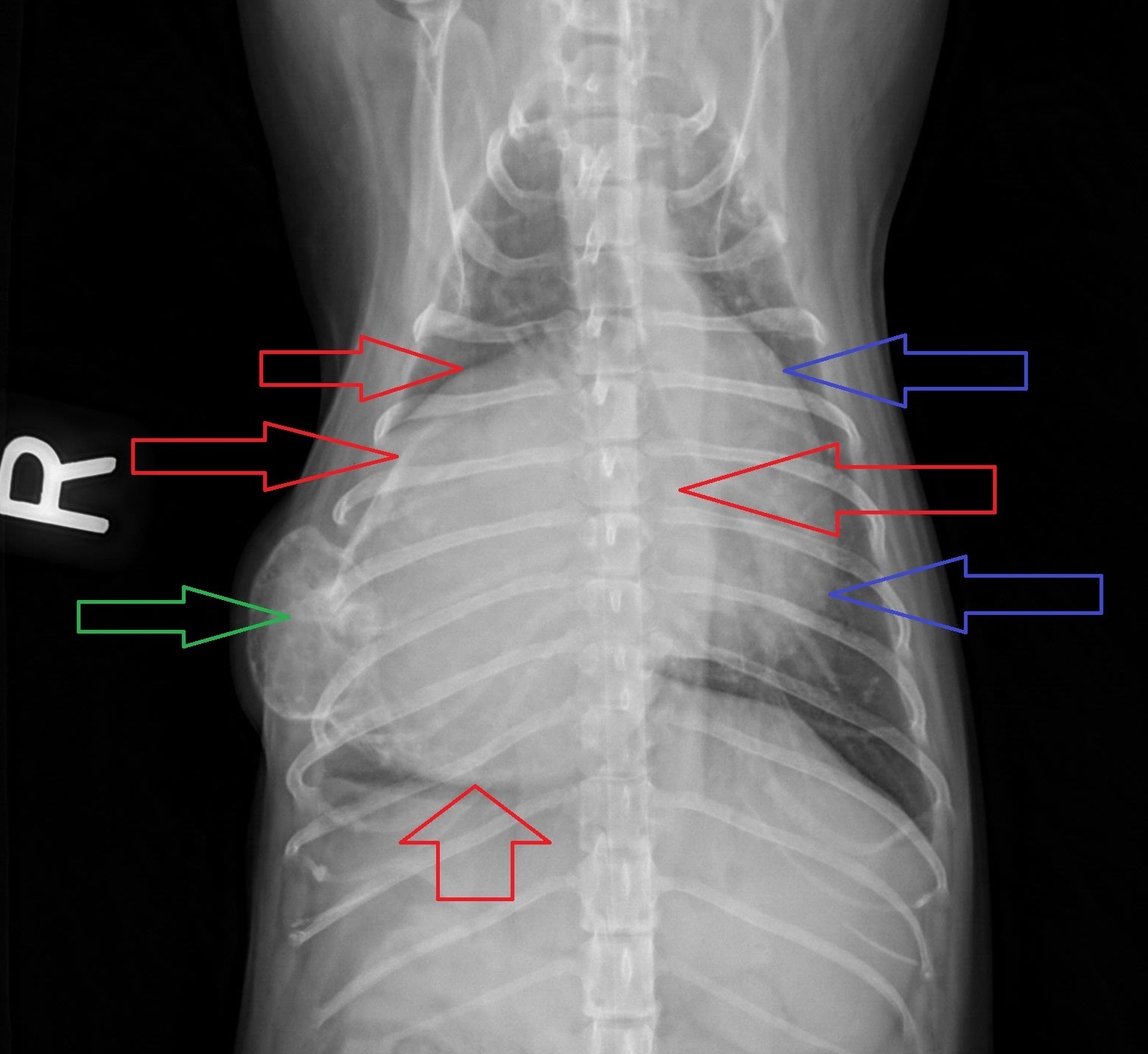 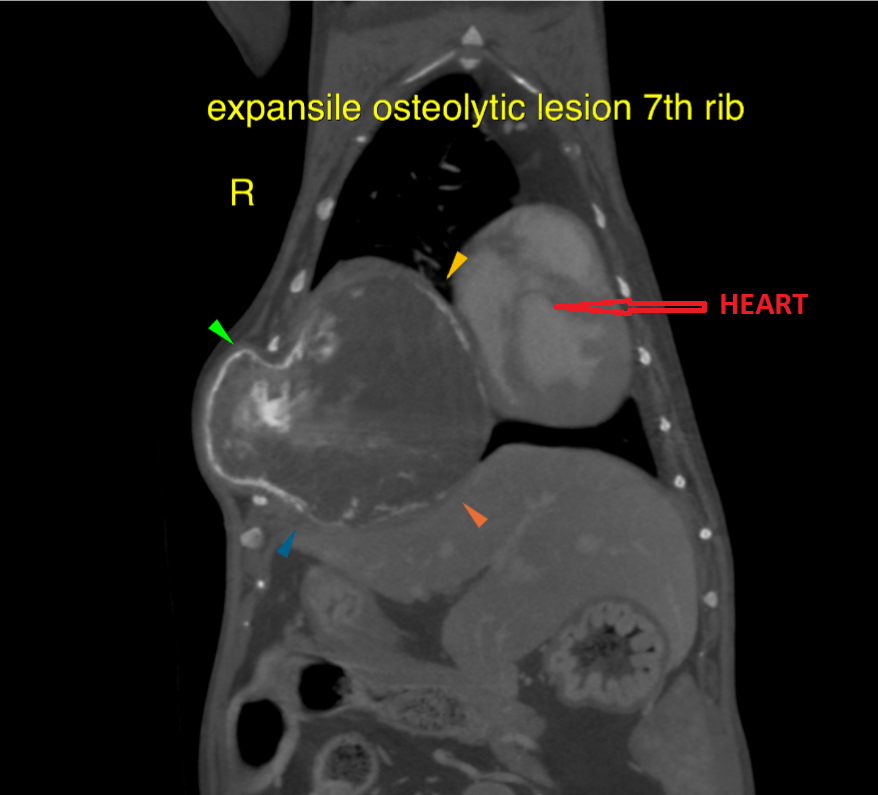