Angel and demon (The amazing story of one tough cancer survivor)

His family vet had incompletely removed a mass on the gum of the lower jaw (aka mandible). It turned out to be malignant melanoma, an aggressive type of cancer (you may have heard of it in the skin of people or pets).

Therefore, more tissue, i.e. part of the jaw bone, had to be removed. This is called a partial mandibulectomy.

Below is an X-ray that shows the extent of the surgery (between the red arrows).

Just a few hours after this invasive surgery, Oliver ate!

His nurse wrote: “Oliver is awake and walking around in his cage. I offered him small amounts of his own blenderized dog food and he ate it when I hand fed him. He also ate a little of the boiled chicken that his owner brought.”

Would you have believed that a dog would eat a few hours after a big part of the jaw is removed?

His super dedicated owner then chose to give Oliver the melanoma vaccine.

This is a very rare situation. We actually have a vaccine… against cancer!

“He had his checkup exam today and chest radiographs. I am extremely happy to report everything looks good.

X-rays are clear and he is running around like a puppy, playing, eating and is unaffected after his surgery.

He is back to eating his kibble (not softened) and chewing on his toys.

I cannot thank you enough for your patience, professional advice on how to proceed, and your amazing skills as a surgeon.

His owner reached out to me because he started gagging, coughing and having difficulty breathing while awake, and making weird sounds while sleeping. He also couldn’t bark anymore…

His family vet did an exam of the mouth, and found a big mass, apparently attached to the roof of the mouth. Clearly, it was blocking his airway.

We performed emergency surgery the very next day.

The mass was the size of a walnut, which is huge for such a small dog. Upon further exam, under anesthesia, the mass was actually not attached to the roof of the mouth, but to the right tonsil.

Here is a picture of Oliver just before surgery – you can vaguely see the mass inside the mouth. You can also see the plastic tube which delivers oxygen and anesthesia gas.

WARNING – what follows is graphic, read further at your own risk !!!

Surgery was rather tricky, but we were able to remove the mass safely.

Here is a postop picture. At the end of the red arrow are the stitches.

And this is the actual mass, just before we sent it to the lab for a biopsy.

About a week later, the biopsy confirmed the suspicion: the mass was the same as last year, a malignant melanoma of the right tonsil. The only good news: we got it all.

Since the initial cancer was in the right lower jaw, the theory is that this second mass could have spread from the initial mass, even though it had been removed completely at the time. Of course, it’s hard to prove, which is why it’s only a theory.

Shortly after surgery, Oliver could breathe much better.

Oliver is now recovering and we wish this cancer survivor the very best.

Minnie has a tumor in the jaw bone

Minnie, a 9 year old beagle, had a cherry-sized mass behind her upper canine tooth. 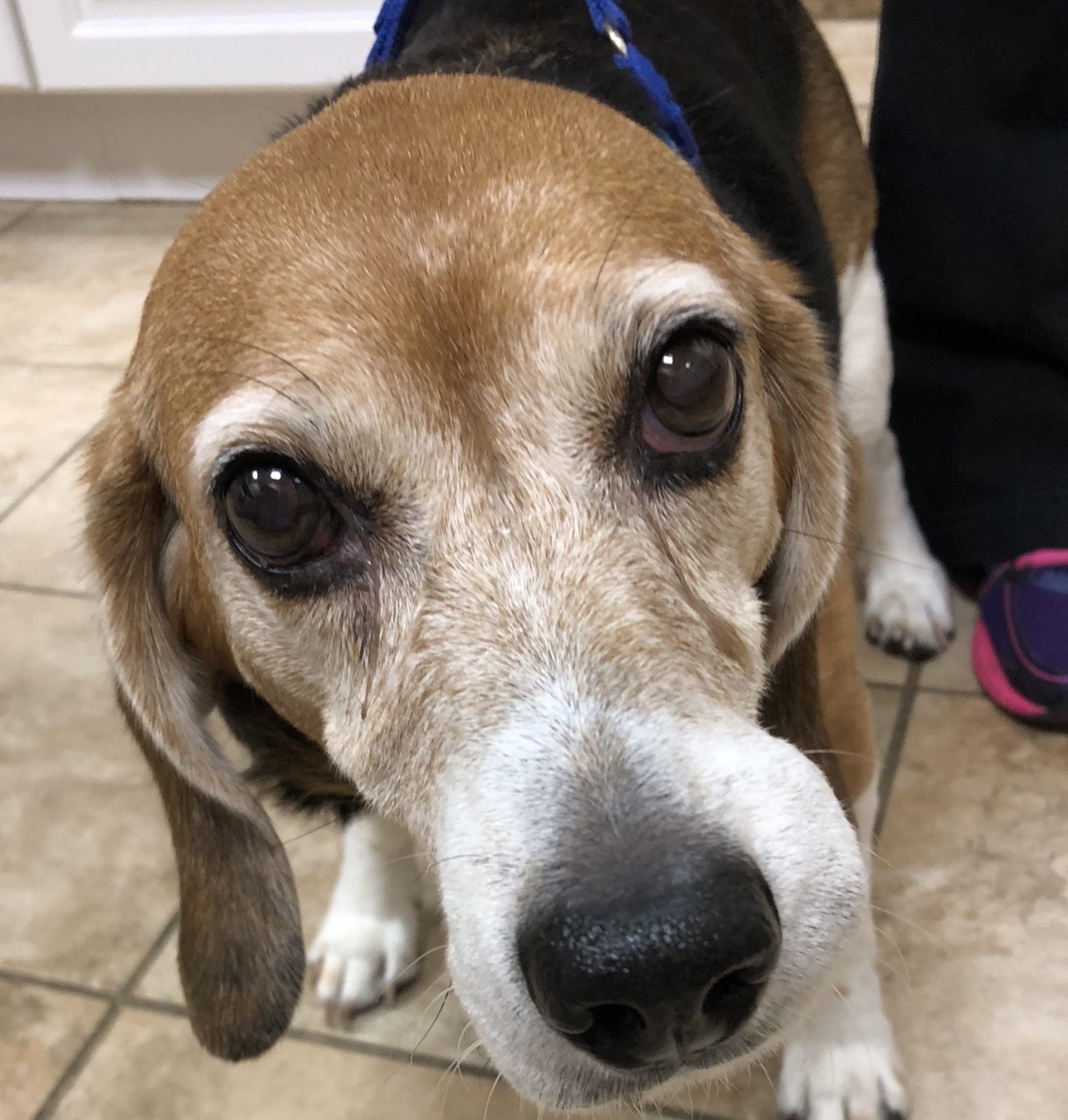 The mass had been present for a while and kept growing. Is it generically called an epulis, an unfortunate name that doesn’t mean much. An epulis can be benign or malignant. It can be unimportant or extremely aggressive. So it’s a very misleading name. 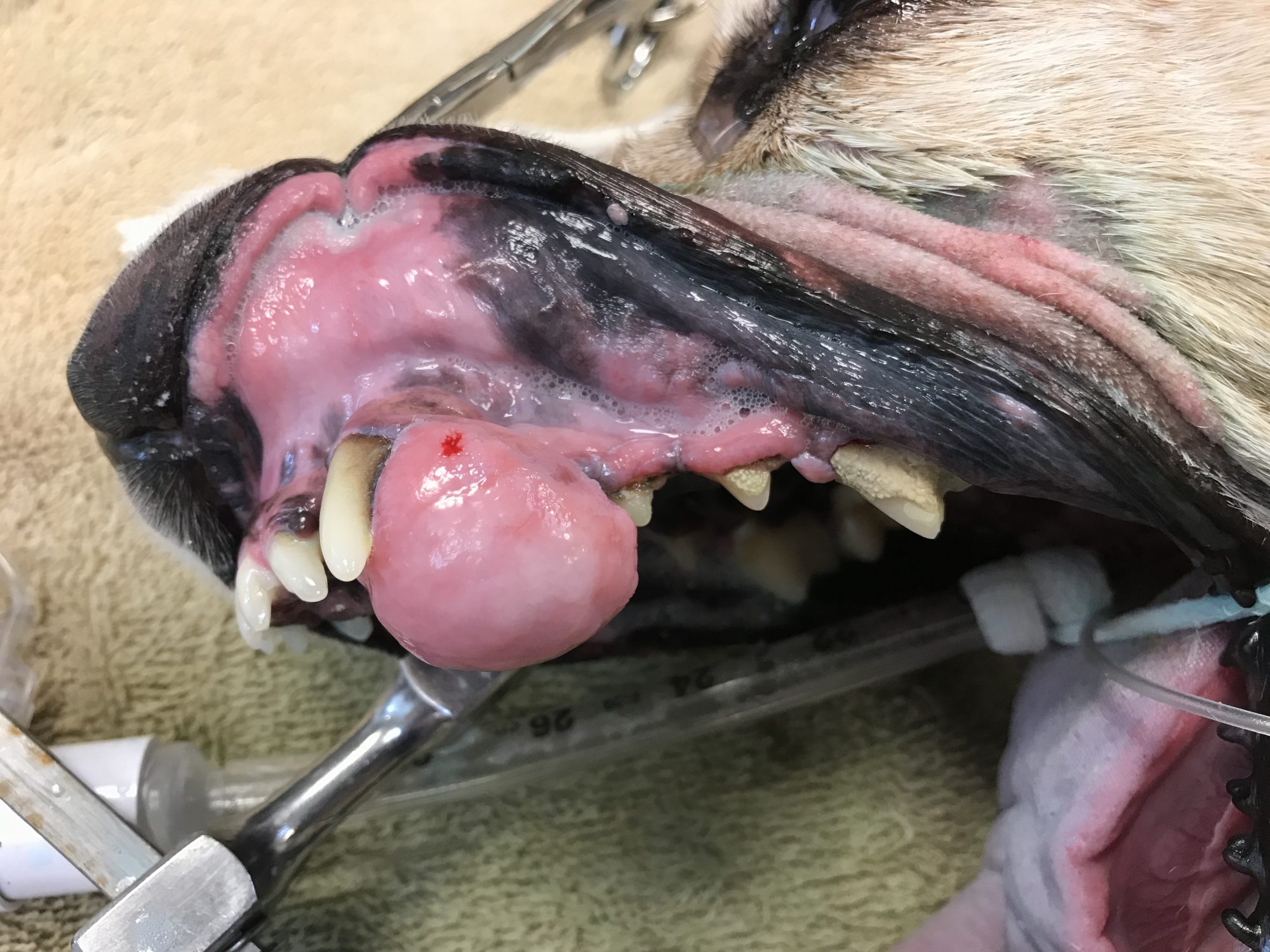 She was referred for surgery at Mountain Shadow Veterinary Hospital ( www.mountainshadowveterinary.com ) .

After a physical exam, blood work and chest X-rays (to check for spreading to the lungs), it was decided that Minnie was a good candidate for anesthesia and surgery.

Part of her upper jaw (maxilla) would have to be removed in order to hopefully “get it all.” Surgery went well. 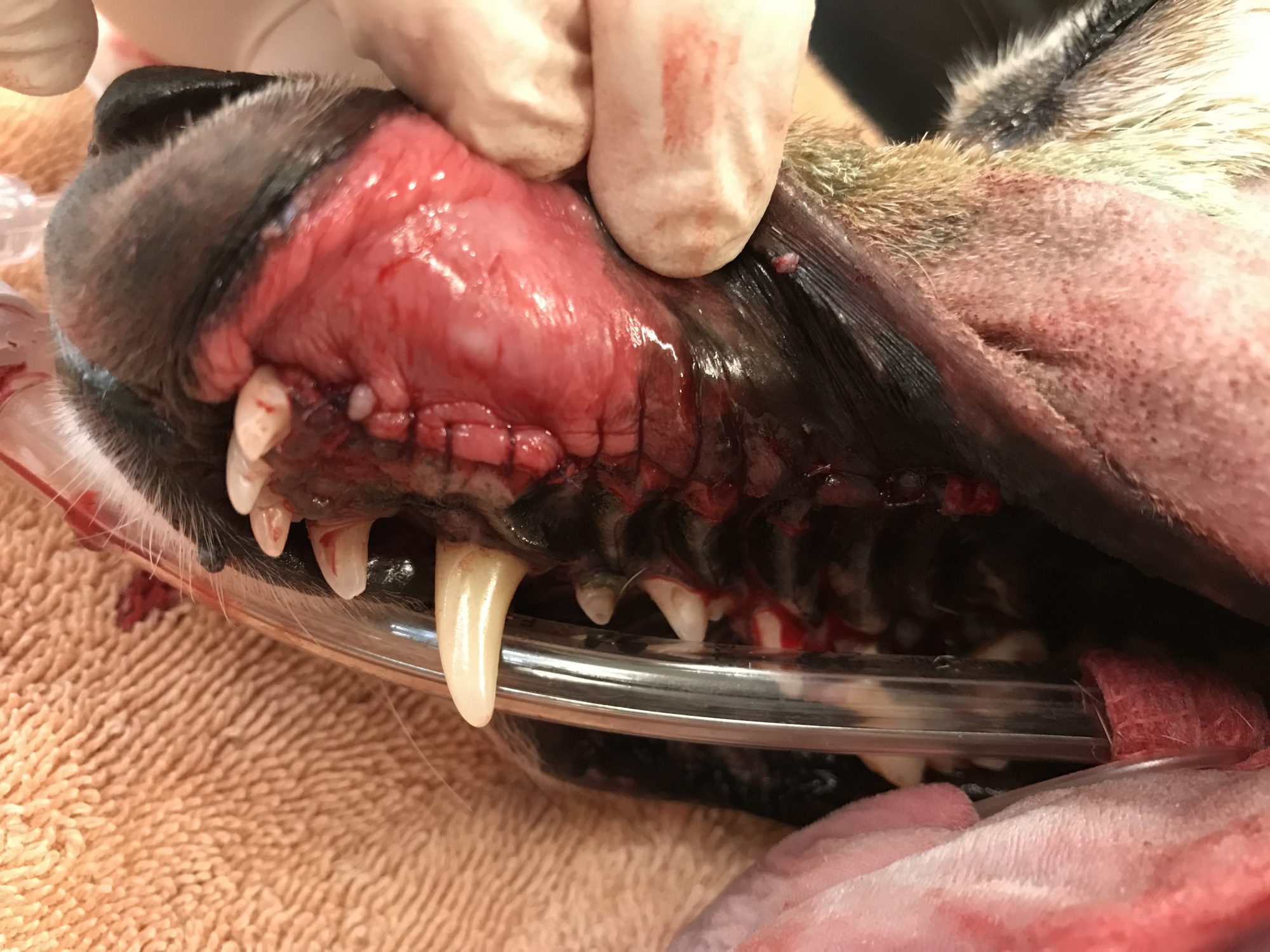 Even though pet owners are typically horrified when such an invasive surgery is recommended, pets don’t look as grotesquely disfigured as they imagine. 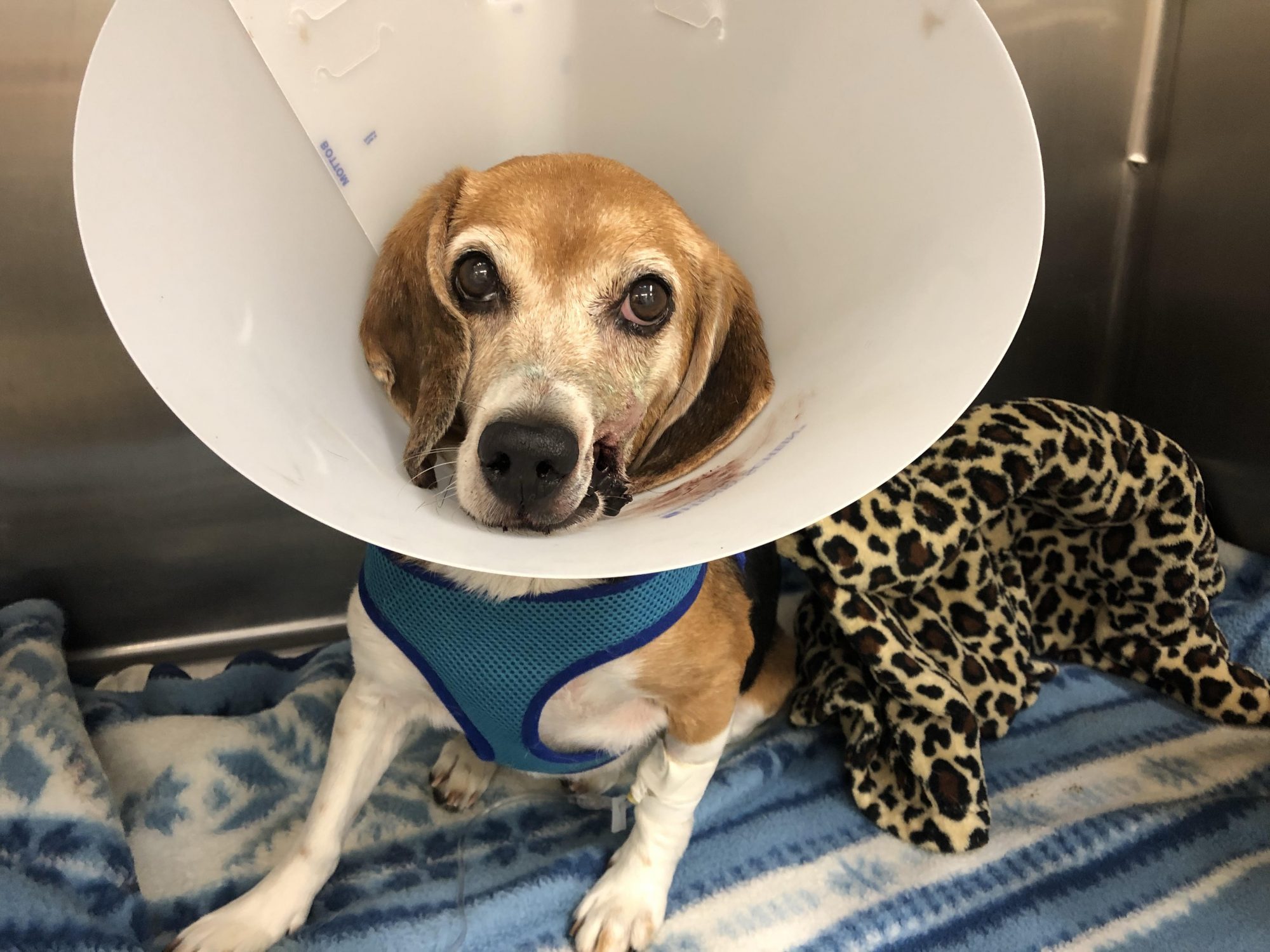 The most amazing thing is that most dogs eat soon after surgery, sometimes the evening of surgery! In Minnie’s case, she ate the day after surgery.

About a week later, the biopsy came back as ameloblastoma, which is a “locally aggressive” tumor. What it means is that the tumor eats the bone away. This is the other reason we need to remove so much tissue (bone) around the mass.

Even though a large portion of her jaw had to be removed, Minnie has recovered very well and can now enjoy life again.